March was a weird month. In many ways it flew by but it also seemed long. Andrew and I found a new spot for trivia in Louisville and won $60 cash, we took a midweek vacation (highly recommend) and I got a facial! I also worked a lot and attempted to give up Instagram for Lent. Spoiler alert: I failed. But more about that later.

Here’s to March, a month of basketball, baseball (hello earliest Opening Day ever), and books! Since I’m back on Instagram, I’d love to connect with you @thelazybookshelf

This is what I read in March: 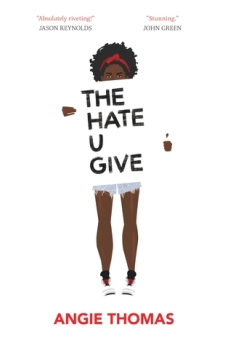 The Hate U Give by Angie Thomas
This book was first published in 2017, and I’ve been meaning to read it since! It was on the National Book Award’s longlist, and it’s the author’s debut. It took me a few attempts to really get into the story, so as I usually do, I tried it on audio. And it sucked me in! FYI, there’s a lot of language throughout the book. The narrator, Starr is a teenager who lives with her parents and siblings in Garden Heights, a neighborhood far from where she goes to school. A shooting happens early in the book and we go through that and the aftermath with Starr and her family as they try to cope and live. Her family is funny and this story is important. It’s my first Young Adult novel in a while and yes, it did make me cry. 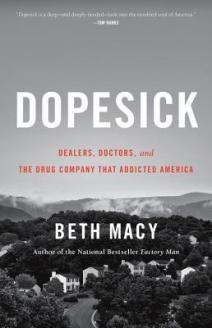 Dopesick: Dealers, Doctors, and the Drug Company that Addicted America
If you live in Kentucky, you’ve at least heard of someone who’s been affected by the opioid epidemic. I got this half off at Barnes and Noble and ended up listening to it an audio too! I think it’s a little pretentious when people say ‘this book is so important,’ but I really think this one is. Addiction is criminalized and vilified in America, but taking pain killers as strong as the pills prescribed in this book can literally rewire your brain. The topic is extremely relevant, and the stories of the families that are suffering are heartbreaking. You can read more about the ongoing lawsuit here and here.

Auntie Poldi and the Vineyards of Etna by Mario Giordano
After those two heavy books, I needed a little fun in my reading life. I *loved* the first Auntie Poldi novel and this is the second in the series. If you love the #1 Ladies Detective Series, this would be up your alley. The structure is really fun– the narrator is Poldi’s nephew, a struggling author who is telling her story while also working on his ‘epic novel’. It’s super dorky and funny. This is a charming murder mystery with a little romance and a lot of humor. And it’s set in Italy which is always The Best.

My Sister, the Serial Killer by Oyinkan Braithwaite
There are soo many thrillers out there and I’m kind of #overit. But this one is really different and unique because it’s not a mystery; the murderer is literally revealed in the title! I’d call this satire or a parody of the ‘thriller’ genre with no humor. Well, maybe a little dark humor. It’s not for everyone, and it’s definitely quirky, but if you like weird, short stories, you might give it a try. Plus it’s only 226 pages, so it’s quick! This is the author’s debut, which I always find interesting.

I read three books by women, two by black women, and one with a female detective. One of my goals for 2019 is to read more diversely and this month, I’m proud to say I nailed it! If none of these appeal to you, check out this post and this one for more titles!

What else do you want to know about what I’ve been reading?